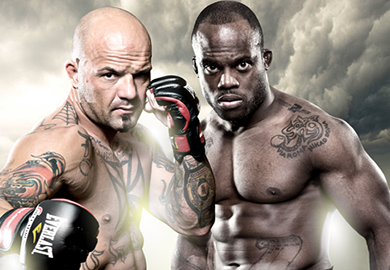 Bellator was in Fresno, California at the Save Mart Center for “Bellator 125: Manhoef vs. Marshall”! The main card aired on Spike TV and not a single fight left the first round. If you missed the fights, check out the results below!