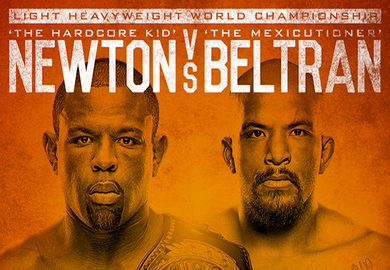 Bellator 124 is LIVE from the Compuware Arena in Plymouth Township, Michigan! The main event will feature a championship bout between Emanuel Newton and Joey Beltran. Also featured on the card is the son of MMA legend Randy Couture, Ryan Couture!