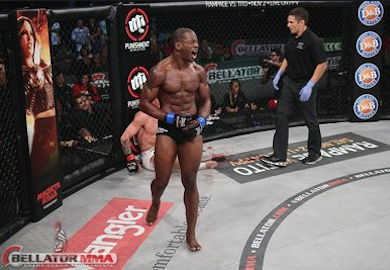 Will Brooks did what no one thought he would in tonight’s Bellator 120 co-main event, and that’s beat Michael Chandler.

After a grueling back and forth five rounds of action, the American Top Team fighter did enough to earn victory via split decision.