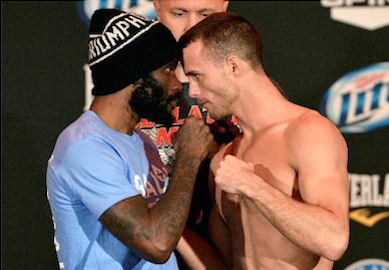 The Bellator MMA weigh-ins have been completed from Chicago’s Horseshoe Casino in preparation for Bellator MMA’s March 14th event, which will showcase the Featherweight World Title fight and the opening rounds of the Bellator Season 10 Welterweight Tournament.

Bellator MMA will take place from Horseshoe Casino on Friday, March 14th with the first fight taking place at 5:45 p.m. CST and streaming LIVE on Spike.com. The televised portion of the night will begin at 8:00 p.m. CST and will air LIVE on Spike TV.