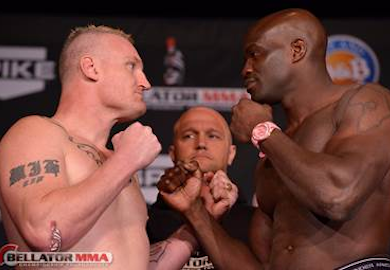 The Bellator MMA weigh-ins have been completed from the Mist Nightclub inside the WinStar World Casino in preparation for Bellator MMA’s November 8th event, which will showcase the Bellator Heavyweight, Middleweight and Bantamweight Tournament Finals.