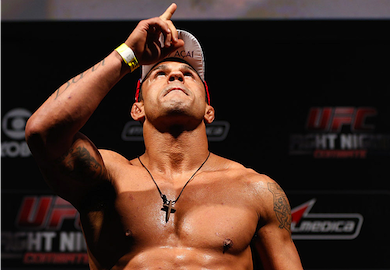 “I want to apologize to all my fans that have been let down by the news of me not competing in the title fight against Chris Weidman. I wanted nothing more than to go and compete for the belt. As you all know, I have been doing a legal treatment approved by every commission I fight under called TRT for a health deficiency that I have. As of yesterday the Nevada commission banned the use of TRT. I am not exempt.”

In a recent post to his Instagram, Vitor ‘The Phenom’ Belfort, apologized to fight fans for being pulled from the UFC 173 main event for his testosterone use.

Will Vitor return to the same form without it?