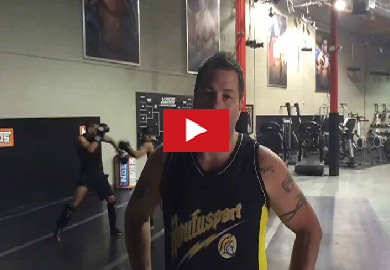 UFC lightweight champion Anthony Pettis was a coach on season 20 of The Ultimate Fighter, which is currently being run on TV every Wednesday night. Prior to the filming however, his head coach, striking guru Duke Roufus, took fans on a tour of the gym behind the scenes.