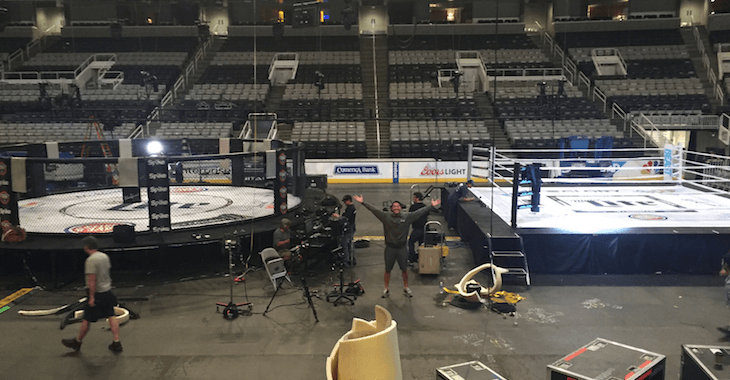 Bellator’s history making ‘Dynamite’ event is just around the corner and will go down this Saturday night on Spike TV.

A lot of people have been wondering exactly what it’s going to look like having a Bellator cage and a GLORY kickboxing ring on the same floor in the same venue.

That question has now officially been answered. BJPENN.COM has obtained a behind-the-scenes look at the setup for Saturday night’s massive event.

As you can see, there really has never been anything quite like this before. So, what do you guys think?

I think no matter what happens it is certainly going to be one exciting night of combat sports action.