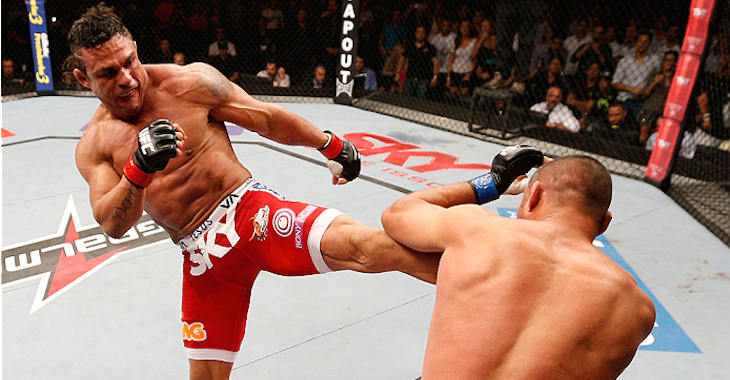 The octagon will return to Brazil next month for UFC Fight Night 77.

The 13-bout event, which will air on FOX Sports 1, is headlined by a middleweight bout featuring Vitor Belfort taking on Dan Henderson for a third time.

Belfort and Henderson first met at PRIDE 32 in 2006, where “Hendo” earned a unanimous decision win over “The Phenom”.

In the pairs second encounter at UFC Fight Night 32, Belfort scored a highlight reel head kick knockout over Henderson in the very first-round.

Who do you have winning the trilogy bout between Henderson and Belfort? Sound off Penn Nation!