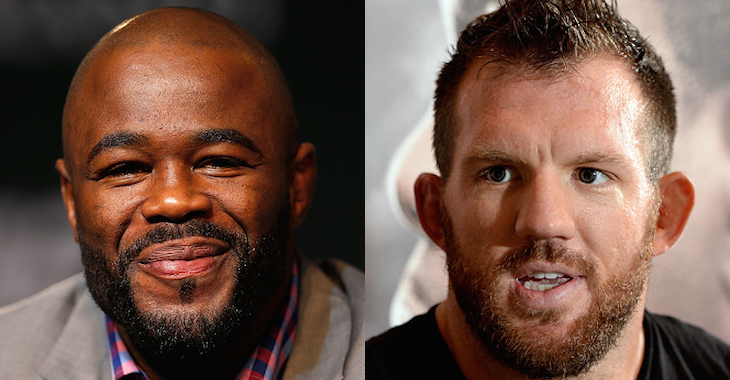 Rashad Evans and Ryan Bader are set to duke it out at “UFC 192”, but that doesn’t mean they have to wait until then to get in each other’s faces! Bader recently took to Twitter to show what he was doing to prepare for the fight, and Evans was quick to dismiss its impact on the result of the fight. From there, Bader insulted Evans’ weight and everything got out of hand! Check out the exchange below:

@ryanbader @Powermmafitness Stop wasting your time! This won't help you! Only thing that will help you is not showing up. #imjustsayintho

@ryanbader @dc_mma I can show up looking like that and still beat the breaks off you. Bader=easy work!

First you take @dc_mma 's body then you steal his lines. You're better than that rashad https://t.co/yg2C7ubJmp

@ryanbader @dc_mma so you already know you are easy work,huh?! Since this fight is a foregone conclusion I'm gonna have Dana send the $ now!