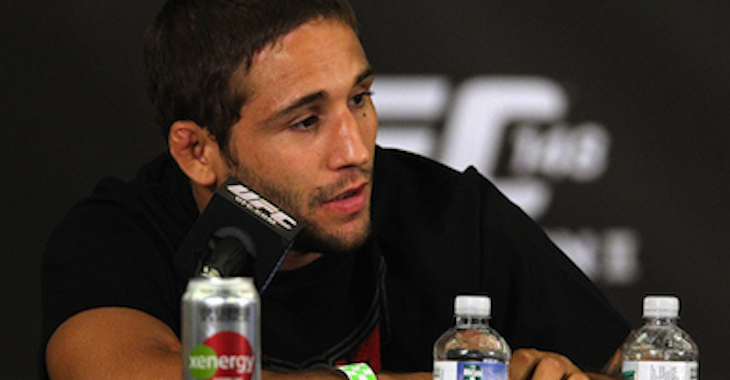 Mendes, while on ep. 1 of UFC 189 Embedded, said that McGregor’s antics and trash talk won’t effect him at all. He thinks McGregor is just all talk and won’t be an issue.

“Conor is like a chihuahua, he’s all bark. See, Conor is a master at selling fights and talking shit. So Conor can say what he wants, nothing is gonna get in my head. This is what I was born to do. I started wrestling when I was five years old. I haven’t taken a year off since. I had guys talking shit during competition, you know, I beat them every time. Conor is gonna say a bunch of stupid shit and I’m gonna be here, and I’m gonna be there whipping his ass. I can’t wait!”

One thing to note is that Mendes only has two weeks before the fight and won’t have to endure the constant talking from the Irishmen for as long as say, Jose Aldo.