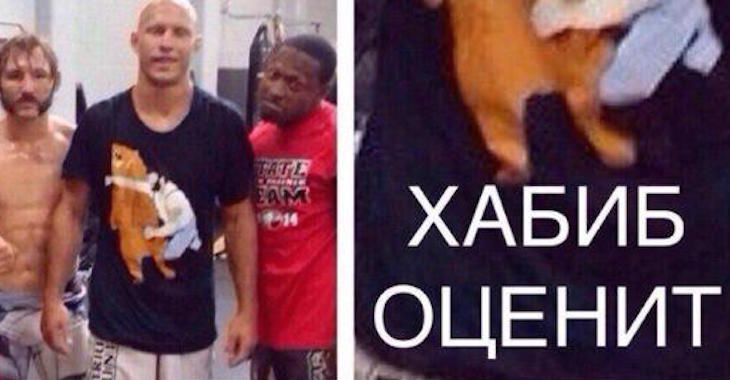 Just over one week after Nurmagomedov claimed his fifteen minutes in the octagon with Cerrone at UFC 187 would be easy, Cerrone fired back with a shirt making fun of Nurmagomedov!

Hey drunk @donaldcerrone you think this funny? You will know why this is mistake soon. @danawhite @lorenzofertitta pic.twitter.com/QEHsKG5J6V

Who do you think will win their upcoming bout at UFC 187? Do you think that the ring-rust will hinder Nurmagomedov’s performance? If so, you may want to take a look at our video below; Nurmagomedov is looking great.