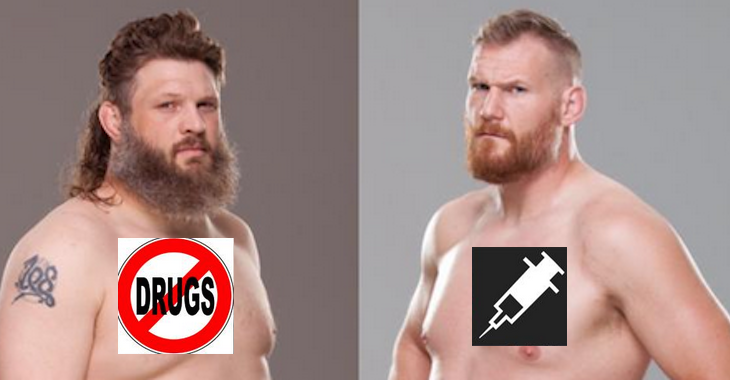 The heavyweight bout between Roy Nelson and Josh Barnett is already starting to heat up! The bout was made official late Wednesday night and Nelson has taken to social media to create some hype:

I HOPE @UFC DRUG TESTING IS IN EFFECT by then 😉 Right @GeorgesStPierre @arielhelwani pic.twitter.com/nW0haVT4Yy

Josh Barnett responded quickly, and with a just as brutal comeback:

I'm hoping they allow you to do steroids just make this a competitive fight. Gravy injections haven't worked for you https://t.co/6HX91Ykcte

The two are set to coach against each other in a new UFC reality series set to air exclusively in Japan. The show will follow eight UFC hopefuls as they strive to become the next Japanese Ultimate Fighting star.