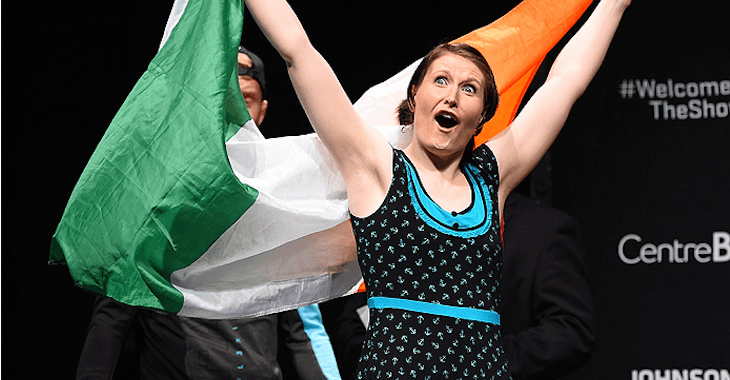 UFC brought the octagon back to Dublin, Ireland with “UFC Fight Night 76” this weekend and the Ireland natives put on an impressive showing! Norman Parke and Neil Seery picked up the wins on the main card, but the natives struggled to get momentum going early on in the night.

Lucky for the live crowd in attendance, Aisling Daly was able to give them something to cheer for when she handily defeated Ericka Almeida by way of unanimous decision.

Despite her decisive victory, top strawweight contender Claudia Gadelha gave Daly’s performance a thumbs down and shared the following tweet:

Worse UFC fighter ever -> Something Daly!!

Gadelha has been forced to sit on the sidelines after a hand injury forced her out of a potential championship bout with Joanna Jedrzejczyk. If she is looking for a fight, she may have found one with Daly!

After the fight, Daly responded to Gadelha’s diss during the post fight press conference. “I don’t care about you,” Daly said. “That would be pretty much it. Whatever she thinks or says is completely irrelevant to me. It doesn’t affect my level of happiness. I live in this world of positivity and she always has something to say.”

“If the fight happens, it happens,” Daly continued. “This is a sport and I’ll fight anybody. But I don’t have time to be getting into Twitter battles. I think she has too much time on her hands and I think she’s a bad of a hothead. She overreacts to things.”

Should Claudia Gadelha be picking fights with other strawweights, or should she wait it out and fight the winner of UFC 193 where Joanna Jedrzejczyk will clash with Valerie Letourneau? The championship bout is expected to take place in Melbourne, Australia on November 15! Make your pick and share your thoughts in the comment section below!