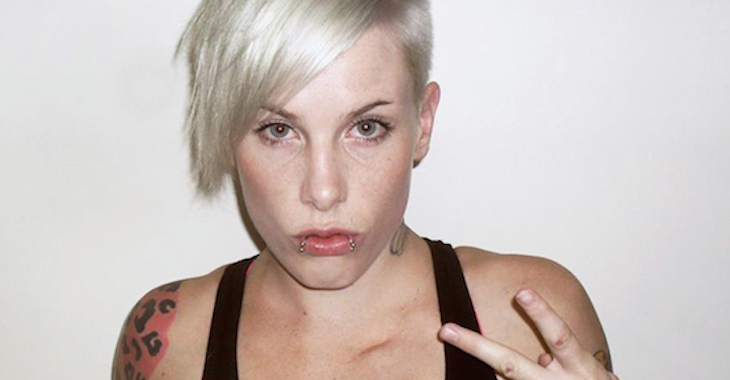 ‘Rowdy’ Bec Rawlings believes that there are women in her division who aren’t playing by the rules.

The UFC strawweight was recently asked, in an interview for The Courier Mail, about the new anti-doping policy and testing program that the UFC announced.

She said that she’s happy about and hopes it really cleans up the sport, she also mentioned that she believes women in her division are using, so it would be nice to be on an even playing ground.

“People assume that women don’t take it but I have my suspicions that women in my division are on the juice, so I’m definitely happier that they’re bringing it in and making the sport a lot cleaner and a lot fairer.”

“You only have to look at them … just because they haven’t been caught just yet (doesn’t mean they are not cheating).”

“It just means they are smarter than the tests. I feel like with the new testing it’s going to be too hard for them to cheat.”

Hmmmm, who do you think she’s talking about?