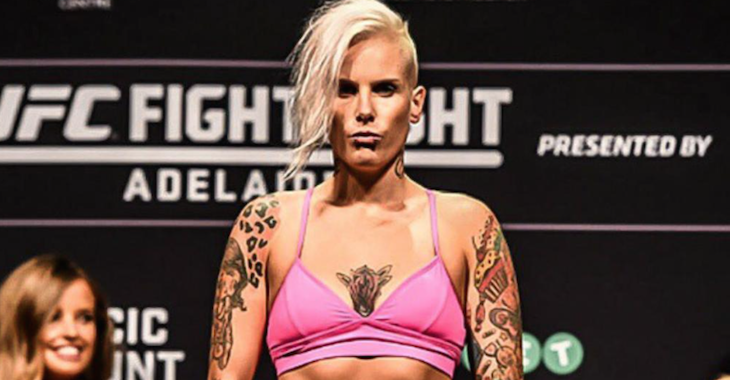 “I want to eat her soul and maul her face off. People are never the same again after they fight me. I don’t go in there to lay on them or go for a decision, I expect to hurt them. I expect a first round finish and for JoJo to be crying on the floor afterwards. All of the Scottish men in the crowd can cry as well. I’m expecting to have people spit on me when I walk out. I thrive off chaos and negativity. All I care about is getting in the cage, hurting my opponent and making the money. It doesn’t have to be pretty. Last year was the hardest one of my life and now I’m surrounded by positive people. It’s my time.”

UFC strawweight Bec Rawlings will fight hometown favorite Joanne Calderwood in Scotland at UFC Fight Night 72. The Australian told the Daily Record that she expects the worse to happen to her after she goes in and beats Calderwood, but that’s OK, she thrives on the chaos.

Who wins this battle of TUF alums?