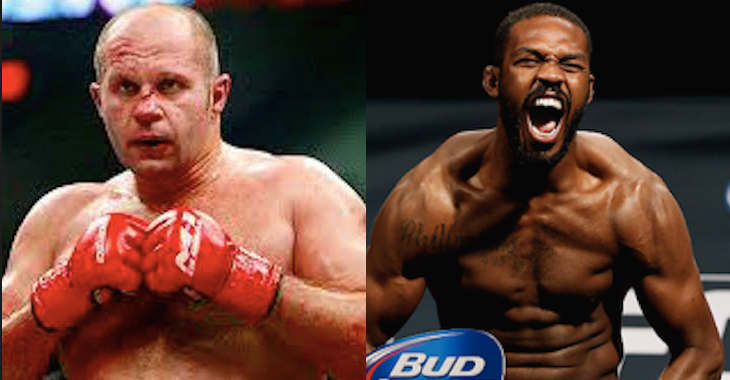 Fedor Emelianenko recently announced that he will be coming out of retirement and is no doubt fielding offers from mixed martial arts companies around the world. Whether it be UFC or Bellator, wherever Emelianenko lands his fans will follow.

If Emelianenko signs with the UFC, just about any fight he takes could be labeled a “super fight”. If “The Last Emperor” chooses to remain a heavyweight, a fight with the likes of Frank Mir or Mark Hunt would make the most sense. However, UFC Hall of Famer believes the former PRIDE Heavyweight Champion could and should drop down to light heavyweight.

“[Emelianenko] shouldn’t be fighting at heavyweight,” Rutten told Submission Radio. “The guy’s like 225 pounds. Eh, you’re just there. Lose like 15 pounds and then fight at 205. What an animal he would be. But then again, he probably fights at the weight he feels more comfortable.”

When asked whether Emelianenko could hang with the best in the light heavyweight division, Rutten brought up Jon Jones specifically.

“205? Well, yea. If [Jon Jones] comes back, he’s an animal, too. When I think about Fedor I see him just crushing people in Japan. If I think about him coming back because maybe he had injuries and those were the reasons that he started losing? I don’t know. If I picture that Fedor coming back I think sky’s the limit for him… Even [against] a Jon Jones. I don’t know. He always finds a way to win.”

Has Fedor Emelianenko’s star burned out or would he be able to surpass 1,000,000 pay per view buys with someone like Jon Jones? Share your thoughts in the comment section below!