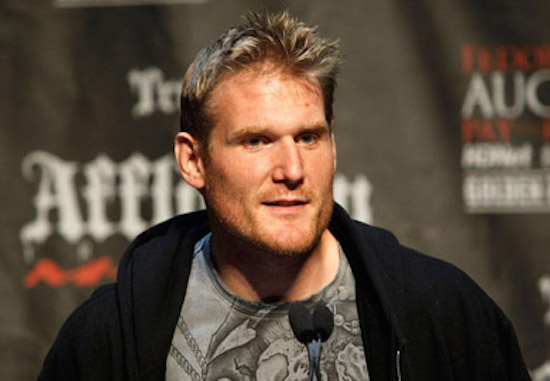 “Werdum is known to be quite good on the ground and I don’t know, I actually don’t believe he would have any hesitation in throwing big knees and kicks,” Barnett stated. “It’s the usual sort of thing where he might say, well, you know, ‘I don’t want that guy to have the opportunity to punch me so I will let him take me down,’ don’t think he would even be concerned in the least by being taken down by Cain. And that, potentially, could be his downfall. You don’t let a wrestler like that control you, hit you, stifle you. I mean, as good as Werdum is, Cain is just as strong, a bit faster, and if all he is doing is shutting down any hand control, just keeping hand control… and just establishing good posture and stays in his face, just keeps chipping away on him, back up on the feet, hits him on top, puts him on the cage, hangs on him, punches on him a bit, they break, gets back in again and just keeps controlling, controlling, controlling… eventually, Werdum is going to get a bit too tired to get any offense on. So if I am Werdum… do throw knees, do try to lure him into that shot on purpose so you can fire something off up the middle… if you can’t find what you want, don’t hang out, get moving. But we got to get those guys in the ring and see what happens.”

Full interview can he heard via The Fight Nerd, below: