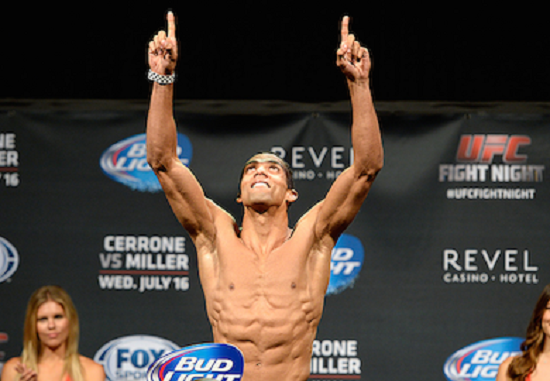 Edson Barboza is gearing up for his UFC Fight Night Austin bout against Bobby Green this Saturday in Austin Texas.

Ahead of the bout, Barboza is confident in his kicking abilities, and plans on knocking out Green as soon as he gets the chance.

He spoke to Tatame.com.br in an interview transcribed by BloodyElbow.

“My preparation was the best that I ever had. I’ve never been so well trained and I feel better in all aspects of the fight. If he makes a mistake, the fight is over. I’ll knock him out in the first opportunity.”

“My legs are well trained, i kicked a lot in my trainings. As my reach is good, my game is based on keeping the distance, I think that my kicks will give me a nice advantage. He’s a great fighter, he’s undefeated since quite some time. His fights are always tough and he’s in a good ranking position. I’m happy about facing the best men in the division.”

Do you think Barboza will be able to pull off the KO?