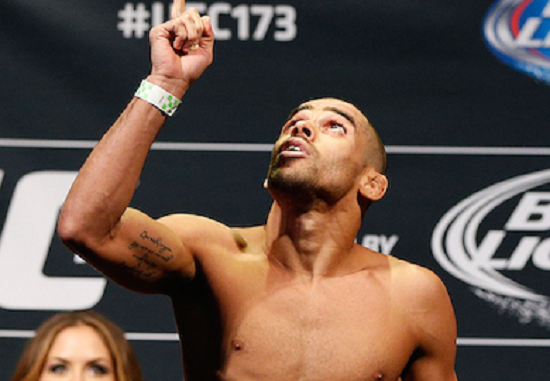 Despite losing his bantamweight strap to TJ Dillashaw earlier this year, and being unable to make the bantamweight limit of 135-pounds for his rematch against Dillashaw, Renan Barao found himself a midst a stacked bantamweight division.

With Dominick Cruz returning to the UFC and earning himself a shot at Dillashaw’s belt, and UFC President Dana White stating Barao would likely need to win a fight before being in a position to fight for the belt again, Barao faces a long road to title contention.

He spoke to Ariel Helwani on UFC Tonight to refute claims he may be moving to featherweight:

“No, I think this is my division and I still have a lot of work to do. My division is bantamweight.”