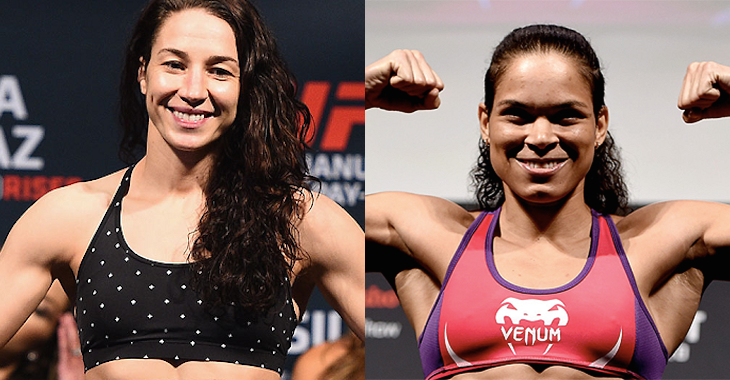 Amanda Nunes has the opportunity to jump up the women’s bantamweight rankings when she meets Sara McMann at UFC Fight Night 74 in Nashville, Tennessee. The bout is set to take place in August in Bridgestone Arena. UFC officials confirmed the bout with Fox Sports.

Nunes wants to prove she deserved her place in the top ten. Her last victory was over recently released Shayna Baszler in March at “UFC Fight Night: Maia vs. LaFlare”. Nunes is currently 3-1 in the octagon and has finished all of her opponents.

McMann will be tough to finish, however. The only woman to ever finish McMann was Ronda Rousey at UFC 170. McMann put in a losing effort after she was caught off guard by a knee to the body. The finish was controversial, but upon replay review it was said to be a fair stoppage.

McMann wants to bounce back after suffering a loss to Miesha Tate. Tate, currently ranked number two in the division, wasn’t able to finish McMann but picked up a close majority decision.

UFC Fight Night 74 is headlined by Ovince St. Preux and Glover Teixeira. Given McMann and Nunes’ popularity within the division, their bantamweight fight may take place in the co main-event but nothing has been confirmed yet.