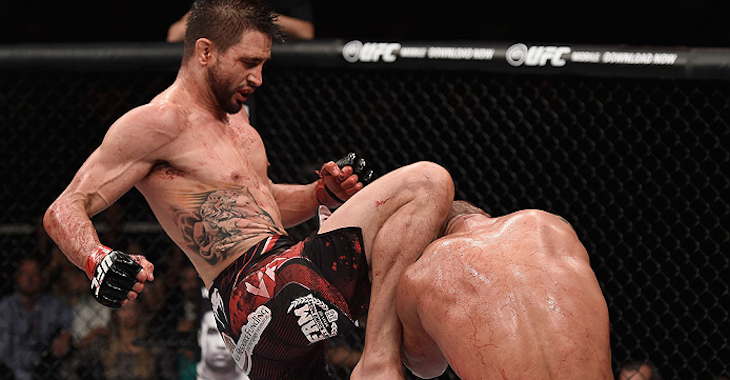 The Ultimate Fighting Championship did not have a very successful gate at this past weekend’s UFC Fight Night 67 event in Goiania, Goias, Brazil.

Accoring to reports, the “Condit vs. Alves” event drew just 3,500 fans to the venue.

Just as a point of reference, that’s less than Strikeforce Challengers: “Bowling vs. Voelker” (3,656).

“We know Brazil is going through an economic crisis,” UFC General Manager in Brazil, Giovani Decker, said at the post-fight press conference (via MMA Fighting). “That reflects in all areas of the economy, so also reflects here in the events. On the other side, in terms of pay-per-view numbers on Combate, we’re reaching historical numbers. If we didn’t do good numbers today, MMA continues to do historical numbers in other sides. We’re doing fine, thanks.”

When in doubt, blame the economy I guess.