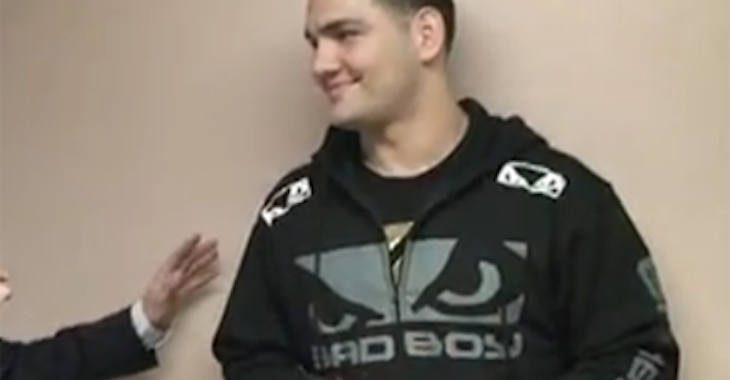 Plenty of fighters have come out with their own opinions on the UFC/Reebok deal. Now, we have the opinion of one of the biggest and most recognizable MMA apparel brands.

Robin Offner, CEO of Bad Boy Brands, spoke with former UFC fighter Chris Leben, on his podcast Unfiltered MMA Radio, about the deal and had some interesting things to say about the landscape of sponsorships. Check it out!

“One of the things that a lot of people don’t realize, for a company like Bad Boy, we’re bigger than a lot of the other MMA companies. But, if you imagine what we got from UFC… I mean, let’s say we had a title fight and we have our guy who’s on Fox, for example, and we’ve got 25 minutes of fighting for five rounds. In between the rounds, before the fight, after the fight, 35 minutes of millions of eyes on Fox. How much would you pay for that? Imagine if you’re doing 30 second commercial blocks? So for the MMA companies we got a free ride. And free rides don’t last forever.”

Thoughts? Sound off in the comments!