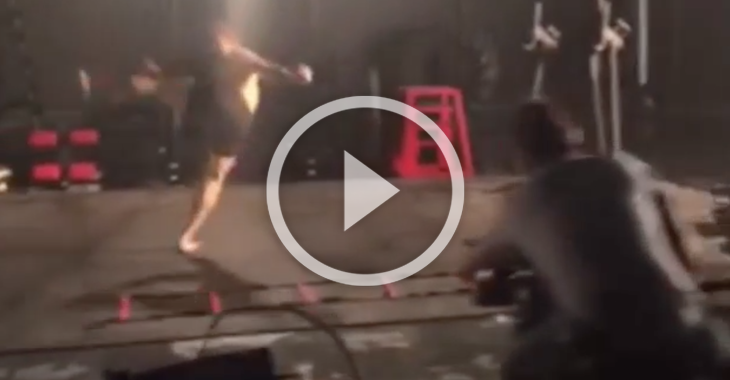 Fresh off of filming the upcoming TUF season, UFC interim featherweight champion Conor McGregor is stepping right back in front of a camera.

McGregor will take on the champ Jose Aldo (hopefully) at UFC 194, which will take place on Dec. 12, the day after the TUF Finale.

It looks like Mystic Mac is already shooting promos for the upcoming fight, according to the fighter’s Instagram video. It shows the Irishmen performing a spinning kick in front of a camera, with the caption, “UFC 194! #ItsAboutTime.”