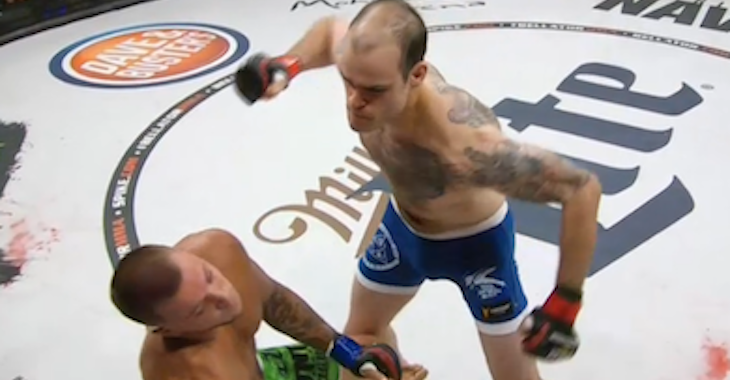 “I left a title shot in [my last promotion] to come to the UFC. If I wanted to win that belt I could have stayed and done it, but I wanted to be back in the sport of MMA, not the MMA entertainment business.”

‘The Barn Cat’ Tamdan McCrory, recently talked to UFC.com about his return to the octagon.

The fighter used to be with the promotion until he was released in 2009 following three losses in a six fight stretch. After that he stepped away from the sport for a little while.

When he eventually returned he made his way to Bellator and fought twice there, winning both fights via first round finishes. He told UFC.com that he could have stayed there and won the title, but instead decided to return to the UFC so he could be in the ‘sport of MMA, not the MMA entertainment business’. Ouch.