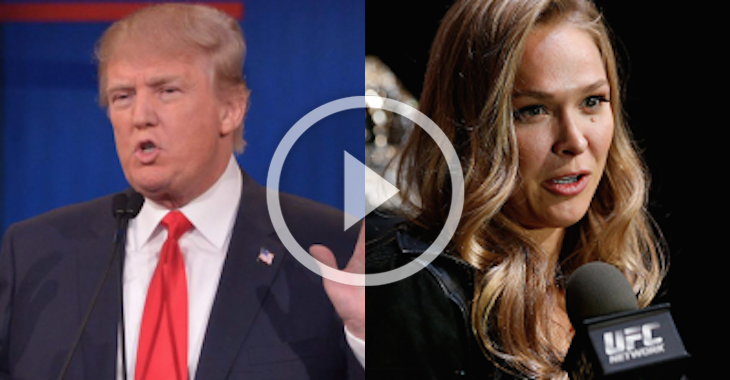 UFC bantamweight champion Ronda Rousey is on everyone’s mind these days. It really is hard to talk about anything without it somehow leading to Rousey.

Well it looks like Trump tried to use Rousey’s name to boost himself up when talking about letting females fight in the military. He said Rousey ‘likes him.’

Turns out, Rousey isn’t exactly a fan of Trump…..at all.