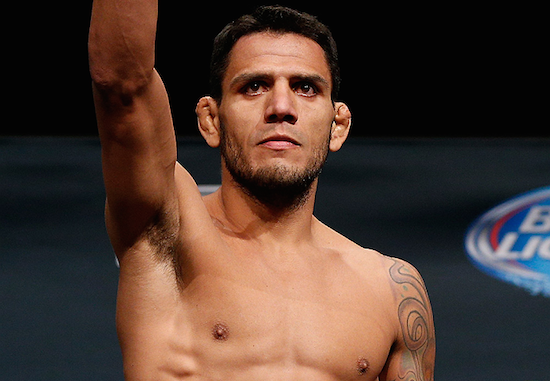 Rafael Cordeiro, coach of Fabricio Werdum, Shogun Rua and Rafael dos Anjos talked to MMAFighting about another one of his fighters who will be jumping divisions to avoid fighting teammate Dos Anjos.

Cordeiro said that Beneil Dariush, who currently fights at lightweight, will make the move to welterweight to avoid having to fight his teammate and lightweight champion Rafael dos Anjos.

“When he gets to the top 5 of the lightweight division, he will go to 170 pounds. He’s fighting at the same division as Rafael, but he will go to 170 when he becomes a top 5. He will give welterweight a lot of trouble.”