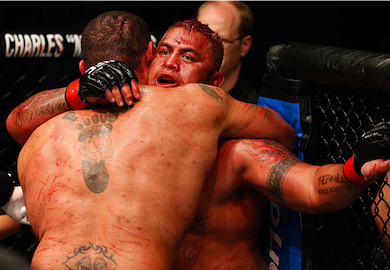 How many times will uninformed public officials mis-label MMA as a ‘no-rules’ barbaric contest?

I don’t have the answer to that, but I do know, it’s happened again, recently on Australian soil.

New South Wales Police Commissioner Andrew Scipione took to ‘The Australian‘ to discuss the growing sport of Mixed Martial Arts and the impact the UFC has on society.

NSW Police Commissioner Andrew Scipione has expressed concerns about the influence the UFC phenomenon is having on young men and a lethal new craze sweeping the US called “Knockout”, where innocent bystanders are king hit purely for amusement.

Mr Scipione said he understood UFC – Ultimate Fighting Championship – was a hugely popular sport but said images of the sport reminded him of “crime scene photos of victims of assaults on footpaths waiting to be treated by paramedics”.

“There are no rules, the fighters are like caged animals and the majority of people exposed to UFC would be young men.”