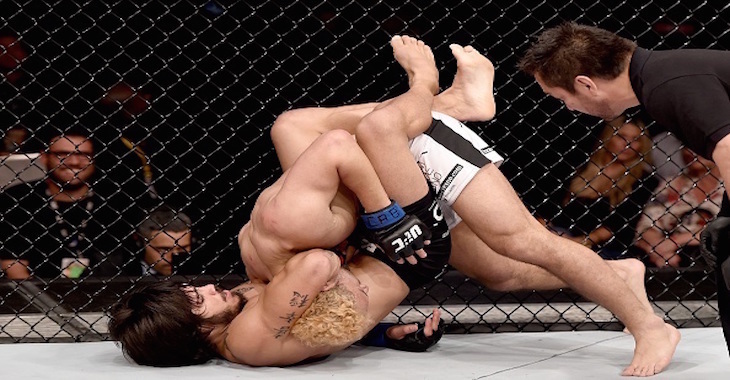 A state attorney from Will County in Illinois wants to ban choke holds from competition.

This comes after two men were convicted of strangling and killing two other men using choke holds. The attorney, Jim Glasgow, says that it should be banned from MMA competition because kids see it on TV and learn how to do it. So I guess while were at it we should work on banning The Teenage Mutant Ninja Turtles since kids might try to go all turtle power on someone and stab them with a sword, or maybe we should ban tackling from the NFL, since kids might watch that and think it’s cool to get bashed in the head over and over again.

Anyway, here’s a few more details in a excerpt from 1340 WJOL:

On Monday afternoon Adam Landerman was found guilty for his role in the murders of Terrence Rankins and Eric Glover on Hickory Street in January of 2013. Landerman, along with Joshua Miner, were accused of strangling Glover and Rankins by using choke holds. Will County State’s Attorney Jim Glasgow says that there is already legislation banning police from using choke holds, but he thinks the ban could go further. He believes athletic competition situations like the MMA should ban the practice as well, because youngsters see it on television and learn to use it. He believes that’s what happened in the Rankins and Glover murders.

Proposed legislation in Springfield would ban the move from being used in MMA compitition within the state of Illinois. The State’s Attorney said he can’t believe the move is even allowed in competition, due to the danger of the tactic.