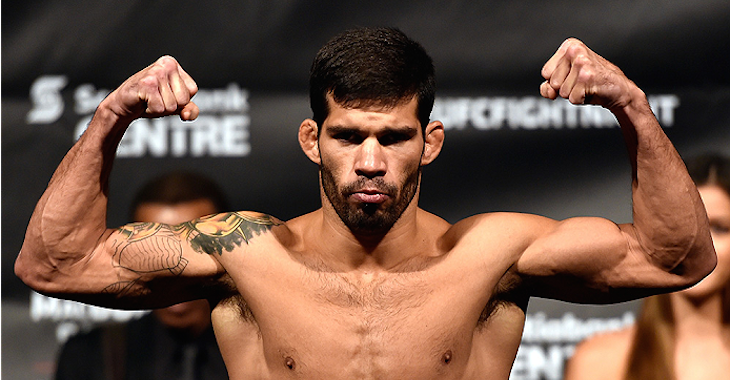 Raphael Assuncao sits among the elite in the UFC’s stacked bantamweight division but is being forced watch the action from the sidelines due to an injury he suffered in 2014.

Assuncao has not stepped foot inside the octagon since his October 2014 bout with Bryan Caraway where he dominated for fifteen minutes. The bantamweight standout was scheduled to face Urijah Faber at “UFC Fight Night 62” earlier this year, but an ankle injury would keep him from following through with the fight. Assuncao’s surgery on his ankle was successful and he supplied the x-rays to prove it:

Had successful ankle surgery this Am So did my brother’s knee @Freddy_Assuncao simultaneously Here’s my new ankle ! pic.twitter.com/p5ssNMagQ4

Even though the surgery was successful, MMA Junkie is reporting that Assuncao still expects to make a return to the octagon in 2016.

The top of the bantamweight division is experiencing a bit of a logjam with the injuries of Assuncao and Dominick Cruz, as well as the rematch between TJ Dillashaw and Renan Barao. Who do you expect Dillashaw to defend the championship against next? Make your prediction in the comment section below!