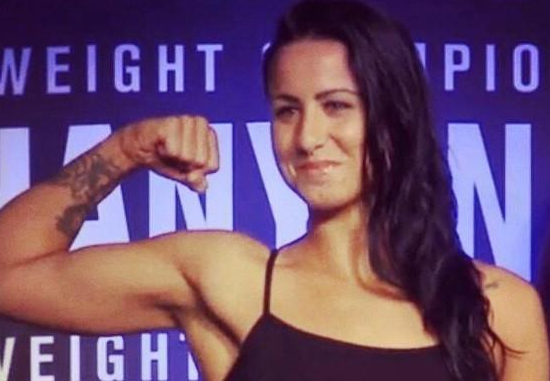 The UFC announced earlier today that Ashlee Evans-Smith will be making her UFC debut next month at UFC 181.

Evans-Smith will be filling in for Holly Holm, who injured her neck leading up to the bout, against Raquel Pennington.

The two will meet on the the main card of the event, which will go down December 6th from the Mandalay Bay Events Center in Vegas.

Evans-Smith is 3-0 in her pro career with 2 KO’s and a TKO, with the TKO coming over Fallon Fox last year.

Who do you have winning this matchup?