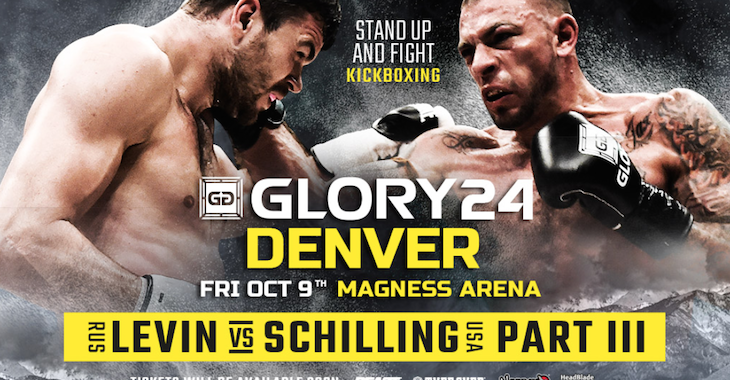 On October 9 GLORY’ Joe Schilling will take on middleweight champion Artem Levin for a third time. The two have fought twice before, with each holing one victory over the other. Not only will they get to settle their score, but they’ll do so with Artem’s title on the line.

The news was announced today via a press release from the organization.

More bouts for the event will be released at a later date, which will include the participants in a one-night four man heavyweight tournament to determine the next title challenger.

“This is a trilogy fight we needed to make happen; the fans demanded it. Levin and Schilling both lay claim to being the world’s best middleweight and this third fight will definitively show everyone who is right.” said GLORY CEO Jon Franklin. “On top of that, they’ve split the first two fights and there’s no love lost between them, giving us the makings of an instant classic. Two elite strikers in their primes are going to give it all for GLORY gold and the bragging rights of putting the other in second place forever.”