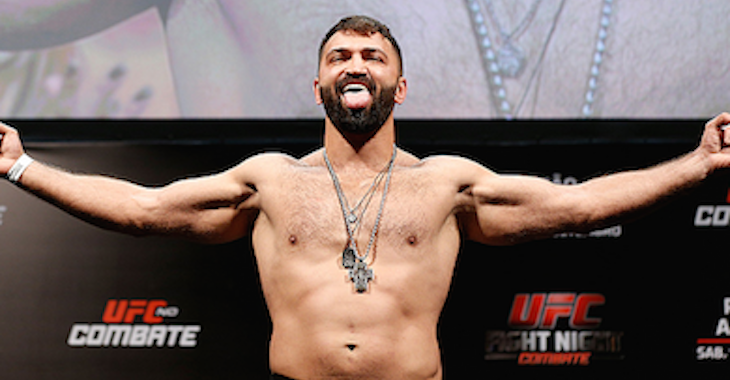 At thirty-six years old, Andrei Arlovski is eyeing another run at the UFC Heavyweight Championship. He knows the likes of Junior dos Santos, Stipe Miocic and Mark Hunt wait for him in the top-ranks, but this weekend his path to the gold starts with Travis Browne.

“I knew one day I would return to the UFC and I definitely want to end my career with the UFC,” “The Pitbull” told Fox Sports. “The UFC now has a great heavyweight division, many great fighters and it’s getting even better and stronger,” Arlovski said.

Andrei Arlovski is currently riding a two fight win streak with his most recent victory coming by way of a vicious knockout over Antonio Silva. Does Arlovski have what it takes to get to the top and win the gold?