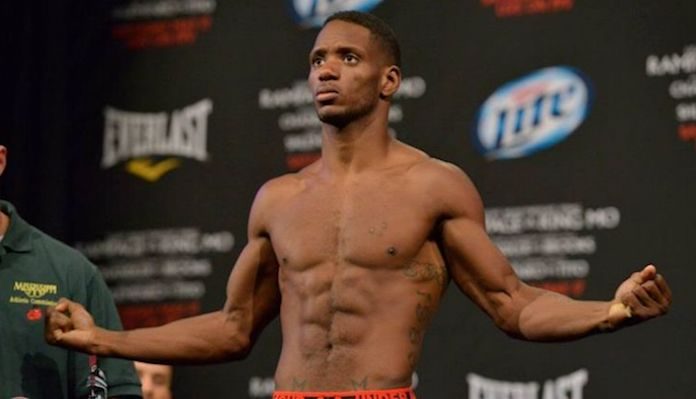 News of Brooks signing with ARES was first relayed by BJPenn.com’s Al Zullino and later confirmed on Twitter by Alan Murphy, the matchmakers for ARES.

Here's how Johannesburg's ARES card would have been, including Juan Adams promotion's debut and Reug Reug's sophomore bout.

Plus just look at that main card with Taylor Lapilus x Wilson Reis and Martin van Staden x Will Brooks.

Here’s how Johannesburg’s ARES card would have been, including Juan Adams promotion’s debut and Reug Reug’s sophomore bout. Plus just look at that main card with Taylor Lapilus x Wilson Reis and Martin van Staden x Will Brooks.

So I accepted a matchmaking role with ARES in Jan. ARES2 in Belgium was cancelled due to COVID19. Below was going to be the ARES2 card, this time in South Africa. However this is also now cancelled. #FlattenTheCurve Among the new signings are former Bellator champ Will Brooks & Amanda Lino.

As Murphy states, the ARES 2 card was forced to be cancelled not once but twice due to the coronavirus pandemic. The card was originally set to take place in Belgium before being shifted to South Africa. However, that event has now been canceled, meaning the ARES debut for Brooks against Martin Van Staden has been delayed once again.

Brooks (20-5-1) is coming off of a controversial submission loss to Gleison Tibau last summer at Battlefield FC 2. Prior to that, he had a somewhat-successful run in PFL where he went 2-0-1 overall during the promotion’s first season. However, PFL decided against re-signing him for its second season, forcing Brooks to the regional scene to get more fights.

Brooks fought for Bellator between 2013 and 2015, going 9-1 overall with a pair of wins over Michael Chandler. Brooks’ dream was to fight for the UFC so when he became a free agent he decided to head to the Octagon. However, he had a tough go in the UFC, going 1-3 overall with a win over Ross Pearson and losses to Nik Lentz, Charles Oliveira and Alex Oliveira before being released.

Are you excited to see Will Brooks fight for ARES?