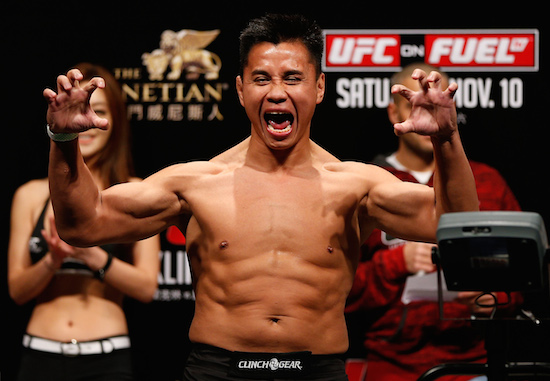 For the first time since having his suspension rescinded, UFC middleweight veteran, Cung Le talks about the personal, emotional, and family damage done to him by the UFC’s trigger happy drug testers.

“I am extremely happy with the UFC’s decision to rescind my suspension. I believe the issues raised in regards to the testing procedures, as well as the manner in which the results were determined by the UFC, clearly support my assertion that I did not use any performance enhancing drugs. I am also happy to take away the fact that the UFC has decided to make the proper changes in their testing procedures, which will now ensure that no athlete will ever have to endure the same hardship. While I feel vindicated in this matter, the UFC’s press release does little in the way of an apology of which I believe I am rightly owed after unfairly enduring the public’s scrutiny. Their decision to announce me as a user of performance enhancing drugs with little thought to the accuracy of the testing or proper procedures has caused my family and I great pain that we have now come to know was completely unnecessary had the proper care been taken to ensure my test results were in fact valid proof of impropriety.

“I would like to thank all of the people who supported me throughout this extremely trying time, the people and fans who have always supported me and also the people who reserved judgement until all of the facts of this matter were disclosed. I would also like to thank my MMA manager Gary Ibarra of the AMR Group and their attorney, Steve Pacitti, for their tireless work to prove my innocence, my wife and children for standing by me all the way and the multitude of journalists and fans who refused to allow this wrong to go unchecked.”