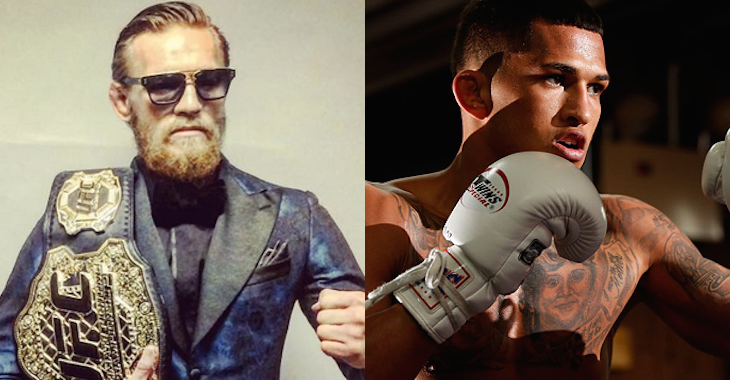 Pettis was forced to watch “UFC on FOX 16” from the analyst’s desk after being pulled from the card due to an injury he suffered in training camp. Lightweights like Nate Diaz have already put Pettis on the spot with a challenge, but the topic of conversation on Saturday evening was a possible superfight with McGregor.

“What’s next for me is getting my belt back,” Pettis stated during the post-fight show on FOX Sports 1. “This guy who beat me last has my belt and I want it back, so that’s a big thing in my mind right now. But, Conor McGregor— I heard he’s moving up to [lightweight]. I’ll welcome him to one of the hardest weight classes for sure.”

Who do you think would win this matchup? Whose striking would be superior? Share your predictions in the comment section below!