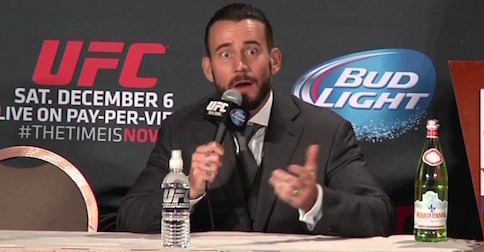 Newly signed UFC fighter CM Punk may have yet to pick his desired weight class, but according to Dana White, he’s picked his training home.

According to a Tuesday edition of FOX Sports live the popular pro-wrestler will train alongside UFC lightweight champ Anthony Pettis.

“He’s picked a training camp,” White said. “I’m pretty sure he’s going to be training with Anthony Pettis, the 155-pound champion, and his team.

“We’re just going to see how he progresses in training, and then we’ll go from there.”

No word on when the debut of CM Punk will take place, but insiders expect late 2015.