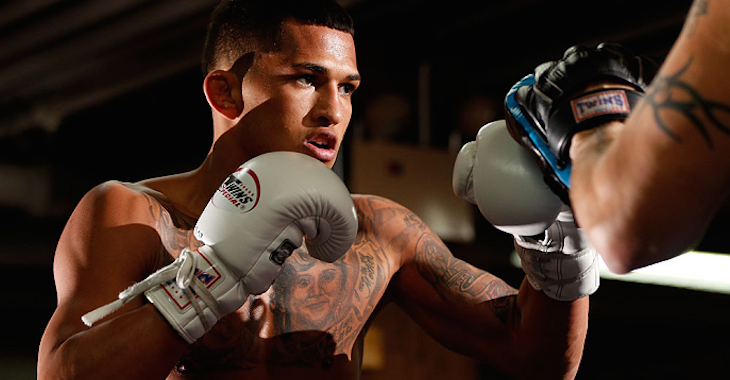 “My ideal opponent would be Rafael dos Anjos— somebody who did that to me, that’s something I want back. Ideally, that’s the fight I want. Who makes sense to get me there? You’ve got Khabib [Nurmagomedov] out there with an injury, and I think he’s coming back soon. Nate Diaz and me never had a good exchange of words, so Diaz is out there. Anybody who’s going to get me my shot back at Dos Anjos. I’m pushing for this year. I’m pushing for a December return.‘Cowboy’ and Dos Anjos are on a card, and if one of them gets injured I’d be ready to step in.”

Anthony “Showtime” Pettis underwent successful surgery and is already back on the mats training! The former UFC Lightweight Champion’s last outing in the octagon was one he would like to forget and what better way to wipe away a championship loss than replacing a challenger! Pettis recently expressed interest to MMA Junkie in replacing Donald Cerrone or Rafael dos Anjos in their championship bout if either of them get injured in December.