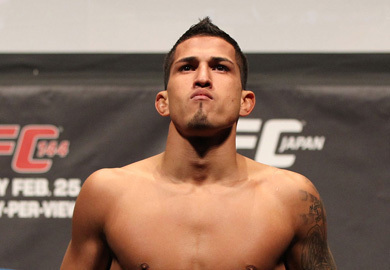 During today’s UFC on FOX 10 Post-Weigh-ins show on Fox Sports 1, fans got a chance to cast their vote for who Anthony Pettis should fight next.

52% of participants voted for Nate Diaz.

The UFC lightweight champion has already been vocal about his desires to fight the Stockton based fighter, and again today, he did not deviate from voicing those ambitions.

“I Love it. Nate Diaz has been talking so much. I think we can definitely make this fight happen. He’s coming off one fight. If he gets another fight in there and has an impressive win lets set it up.”