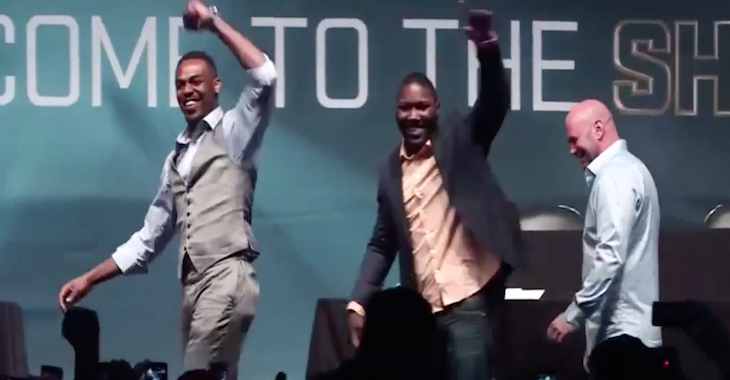 Top UFC light heavyweight Anthony Johnson has been reignited now that his division has a returning top talent in Jon Jones, who is bound to shake the division.

Johnson who lost a title fight with UFC light heavyweight champion Daniel Cormier spoke with MMA Junkie on how the former champion, Jon Jones is bringing something fresh to the table.

With Jones and Cormier likely being the next title fight, Johnson sees “Bones” taking it in a convincing fashion.

Johnson’s next opponent is Ryan Bader, a top contender who is also looking to get a title shot. However, Johnson has plans of his own to get another shot at winning the UFC title, in a match that never came to maturity with Jon Jones.

“With Jon coming back and when we do fight for a title, I always feel like I have the upper hand every fight, but Jon is tricky,” Johnson said. “He’s long, he’s athletic, and he catches you with weird kicks and weird elbows at different angles. You just have to be ready for Jon Jones. That’s the guy you can never really plan for. You just have to go in there and fight his ass.”

Who takes the W in a Johnson versus Jones fight? Lay out your predictions in the comment section below!