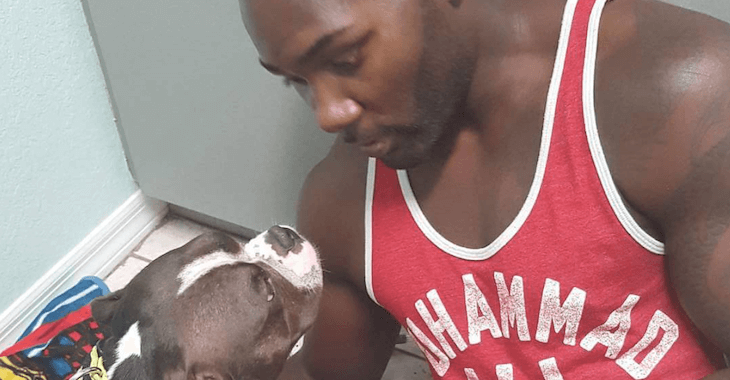 UFC light heavyweight Anthony Johnson seems to keep finding himself in hot water regarding situations outside of the cage.

Recently it was that whole situation that went down in his gym, where he got into an argument with a women who was doing yoga in an area meant for weight lifting. He ended up throwing the women’s yoga mat across the street, than he went on Facebook and posted a scathing rant about the women, using tons of crude terms to describe her.

The UFC went through an investigation and ended up choosing not to punish ‘Rumble.’

A petition was filed, months ago, and recently posted on Reddit MMA. That caused the issue to blow up and now Johnson is responding to it.

Accusations are being cast on a dog kennel that’s owned by Johnson, saying that dogs are being abused.

“My dogs are well liked and well loved. I take my dogs everywhere. Somebody put I’m manipulating my dogs. Dude, I cropped his ears. I’m not beating the dog, I’m not starving the dog to death. Nothing like that. I definitely laugh at things like that, because everybody that knows me — even if you don’t know me and look at my Instagram, look at my Facebook and stuff — you can tell I love my dogs.”

I’m not what the media tries to make me out to be, but I am who I am. That whole kennel thing, that’s not even my dog and people want to make it sound like it’s my dog. But I do crop my dog’s ears. At the same time, they want to talk about dogs with cropped ears, they need to go after everybody. They’re just trying to target me just because.”