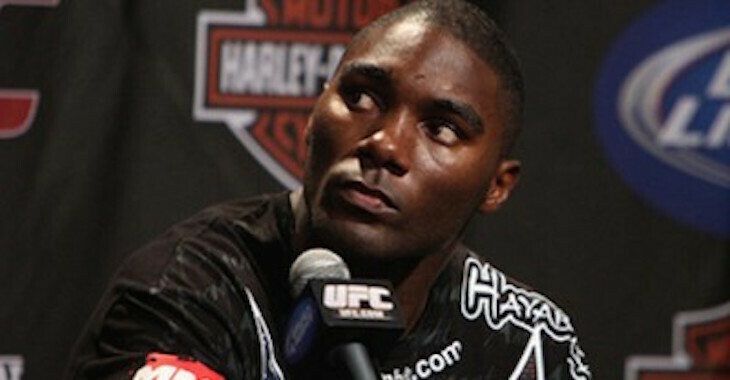 “It was disappointing, but with the way guys are getting popped left and right it doesn’t surprise me. A lot of times I think these fighters, you know, we’ve got our coaches, our trainers, people that we trust and sometimes they just say, ‘Here, take this.’ We trust them so we take it. Sometimes you just don’t ask questions about what is it. You just take their word for it because they’ve been in your corner for so many times. You just take it. You don’t think twice about it. You think it’s something good for you. Once again, you trust them.”

“In Anderson’s case, just for me, I just think that’s what it was. I don’t think Anderson’s really ever been a cheater. He’s been a showboater, we know that. That’s who he is. He makes the fights entertaining. I don’t think he’s ever been to the point where he’s used something illegal to be the fighter that he is.”