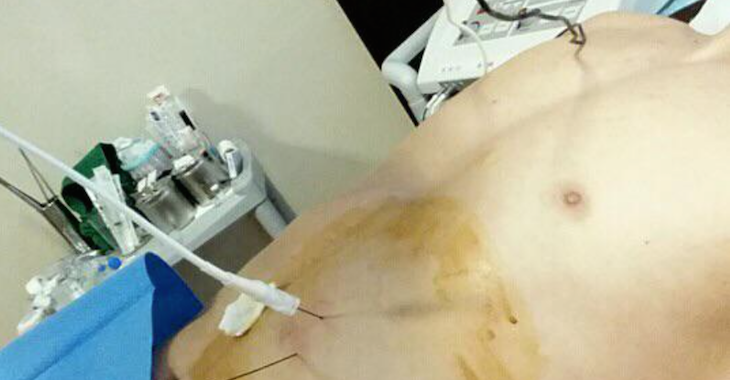 UFC featherweight Doo Ho Choi suffered a similar fate to that of champion Jose Aldo. Choi was forced to pull out of his scheduled fight with Sam Sicilia on July 15 because of a rib injury.

Choi can be seen in this picture below, apparently going through a medical procedure. That does not look enjoyable.

Re: busted ribs, Doo Ho Choi was supposed to fight Sam Sicilia on 7/15, but that's not happening anymore. Pic: pic.twitter.com/2IQiH9WG2b