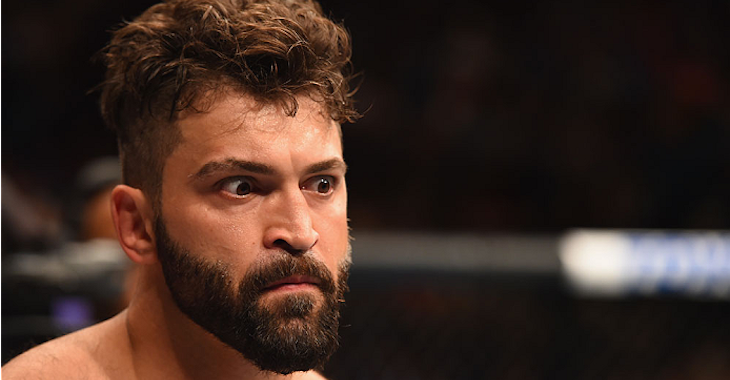 After his crazy KO win over Travis Browne, a lot of people were calling for former UFC heavyweight champion Andrei Arlovski to get the next shot at the title, and face off in a rematch with Fabricio Werdum.

Instead Werdum will rematch Cain Velasquez and Arlovski will now face off with Frank Mir at UFC 191.

So, was the ‘Pitbull’ upset that he didn’t end up getting the shot at the title?

Here’s what he told MMAJunkie Radio:

“I wasn’t upset. For me, it’s more important right now to fight as often as possible. I need to pay bills, I need to support my family. It’s not necessary to have the next fight for the title. Of course, it would be great. But I have to fight another dangerous fighter right now – Frank Mir. I’m very excited about it, and I’m ready to go.”

Do you think if he can beat Mir he’ll get the next title shot?
The Best Training Room You’ll Probably Ever See — D.C., Rockhold, Khabib, Velasquez All Training For UFC Greatness
[ooyala code=”J5c3UxdzpDWlYbuxxRyJVVXCUwnYxE3R” player_id=”bd214e34cfad476984102de4bf5e8da2″ width=”1280″ height=”720″ auto=”true”]