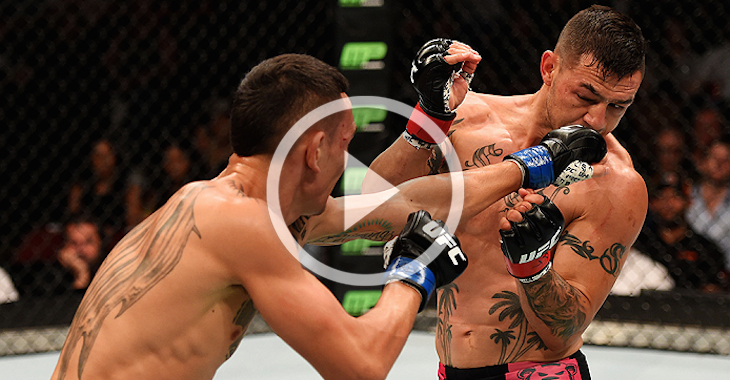 Fili gave his thoughts on this past Saturdays UFC on FOX 15 fights and mentioned that although he was very impressed with Luke Rockhold’s win over Lyoto Machida, he was even more impressed with a fellow featherweight.

Max Holloway, who fought and beat Fili, won what may be the biggest fight in his career thus far when he submitted Cub Swanson in the third round. Fili had nothing but positive things to say about his former opponent.

“I actually have love for Max. If he isn’t fighting me or Chad (Mendes) then I’m rooting for him. Like honestly, I consider him a fu*king friend. I get stoked when he does well and I think he did really f*cking well against a guy like fu*cking Swanson.”

Check out the clip above: