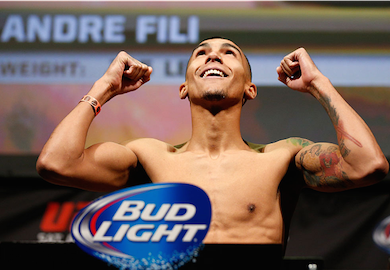 Fan favorite Andre ‘Touchy’ Fili has been forced to withdraw from his UFC Fight Night 50 bout against Sean Soriano.

The UFC announced that Chas Skelly, who won this past weekend at UFC Fight Night 49 in Tulsa, will be stepping in for Fili against Sean Soriano.

Skelly is coming off a win in his UFC debut this past Saturday where he finished Tom Niinimaki by submission in the first round.

Soriano on the other hand is 0-1 in the UFC, after suffering a submission loss to Tatsuya Kawajiri.