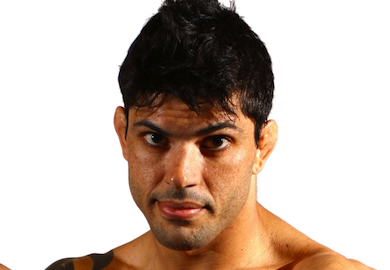 Andrade, will be fighting in his home country of Brazil, where he also was a contestant on the second installment of the country’s Ultimate Fighter show. He is 1-0 in the UFC, with his win coming at UFC 163 over Bristol Marunde, a TUF alumni himself.

Musoke is also 1-0 in the UFC, the Sweden native picked up his first UFC win over Alessio Sakara in October which also earned him submission of the night honors. The Swede has gone 5-0-1 since his last loss in 2011 and is looking to continue to make waves in the UFC’s middleweight division.

Below is the list of announced bouts for the card so far: