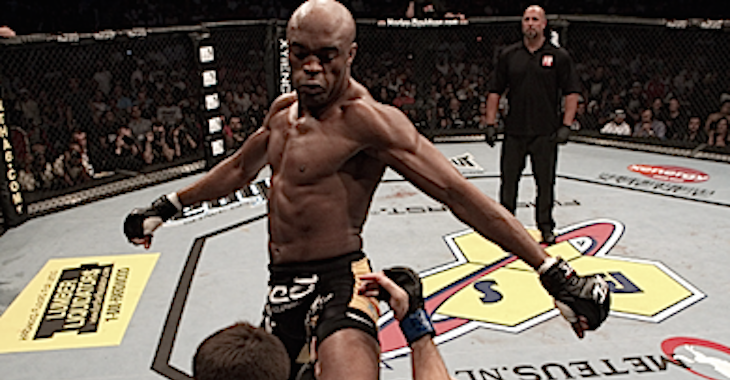 If you had hopes of watching former UFC champion Anderson Silva competing in 2016’s Olympic games, well, you’ll have to stick to beach volleyball.

Silva came out a while ago and said publicly that he wanted to try out for and potentially compete in the upcoming olympics, in taekwondo.

Now, it appears he has changed his mind. According to his manager, Jorge Guimaraes, who talked to PVT, Silva has decided to nix the idea and will instead just keep training and wait for the ruling on his failed drug tests.

“This Olympic thing has been discarded. Anderson won’t participate in the Olympics. He’s now waiting for the Athletic Commission’s verdict, which should come soon. We are waiting, we’ll see if there’s going to be a punishment and how long it will be. He’s training, Anderson never stops training. He’s staying active.”

News came out yesterday that his hearing with the NSAC had been pushed back once again, so, it’s still just a waiting game.