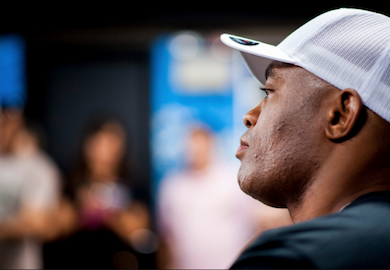 “…I am confident that everything will be all right, I’ll be fine, and that I will come back to fight soon. Your body tells you, your mind tells you, ‘now it’s time to stop. I think I still have a lot to do in the fight [game] and I have no such intention of stopping… What I have to say to you is that I’ll be back.”

Positive words coming out of ‘Camp Anderson Silva’ today when asked about his fighting future by Fantastic.

The former UFC middleweight champion and pound-for-pound king of the sport will likely be out of competition for at least a year following successful surgery in Las Vegas to repair a broken leg.