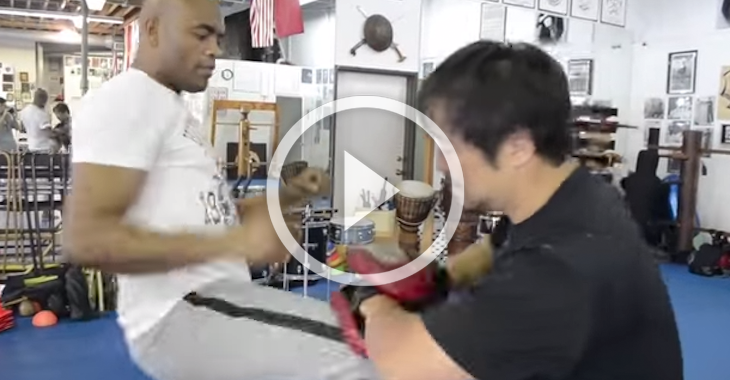 Anderson Silva has not stopped honing his craft since getting suspended for failing his UFC 183 post-fight drug test. While the results for the test are now up in the air, Silva remains suspended from in-octagon action. Silva is making the most of his time away from the octagon, though! Here he is training with Dan Inosanto, better known as one of Bruce Lee’s students and a wealth of knowledge of Jeet Kune Do! Check out Silva training with Inosanto in the video above!